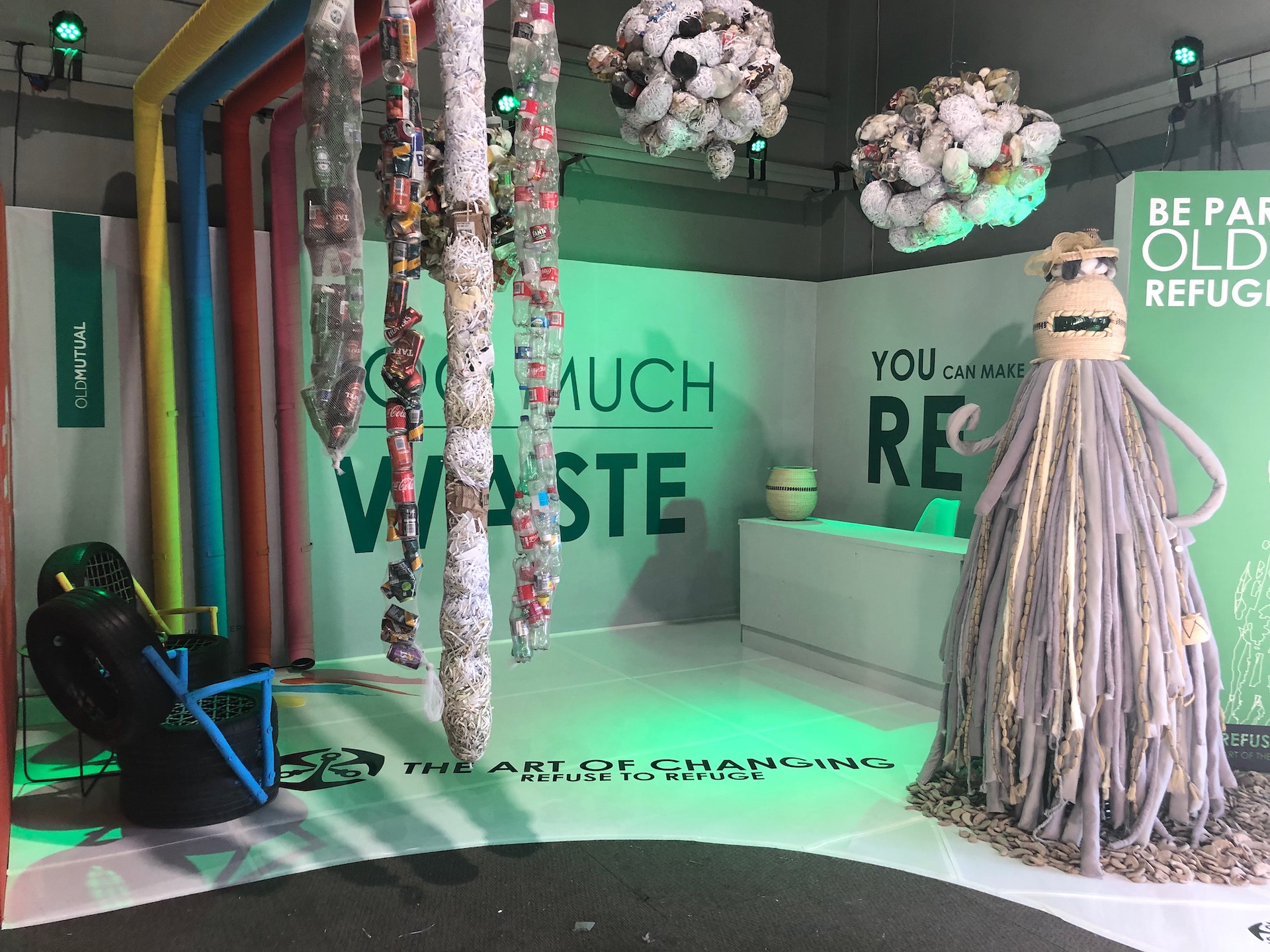 We assisted Old Mutual Namibia with their Exhibit called “Too much Waste” and it was amazing to create a look and feel that captured the essence of waste from an abstract idea.

The Waste monster was created to take waste and make it into a piece of art and from there the slogan “Refuse to Refuge”.   We wanted show goers see waste as money and not just as the rubbish.

The whole stand also evoked the idea that it rains rubbish and by using an ingenious idea of taking gutters and show the differ types of waste e.g. glass, paper, plastic and tin.  Three massive clouds made from a combination of waste was hung atop giving the exhibit allot of visual interest in the hall.

The exhibit truly pulled allot of feet to the it and our Client won a platinum award which is the highest accolade.

We created  pins for all guest to the stand which states refuse – refuge and these were a hit with everybody as an interactive element. 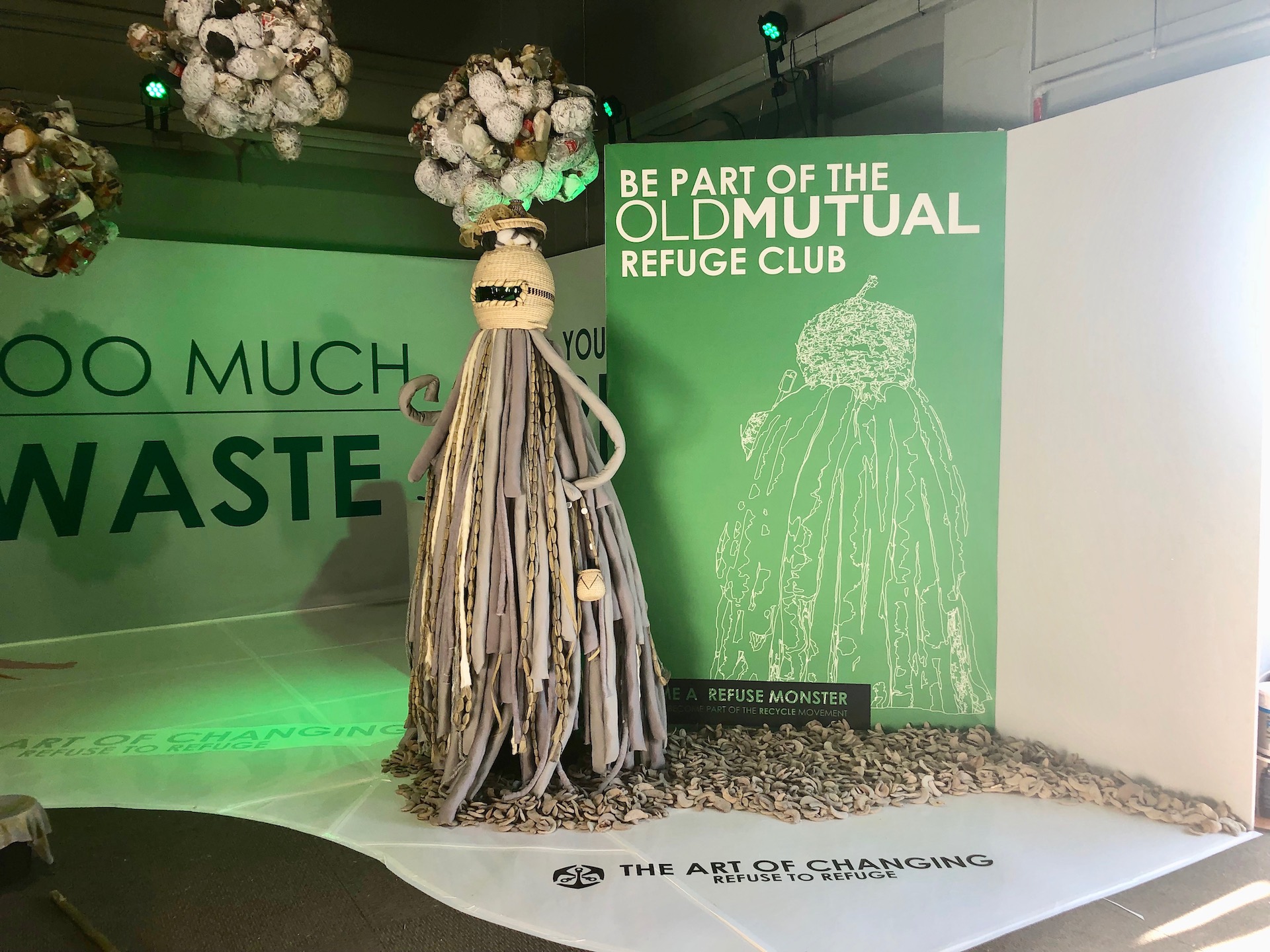 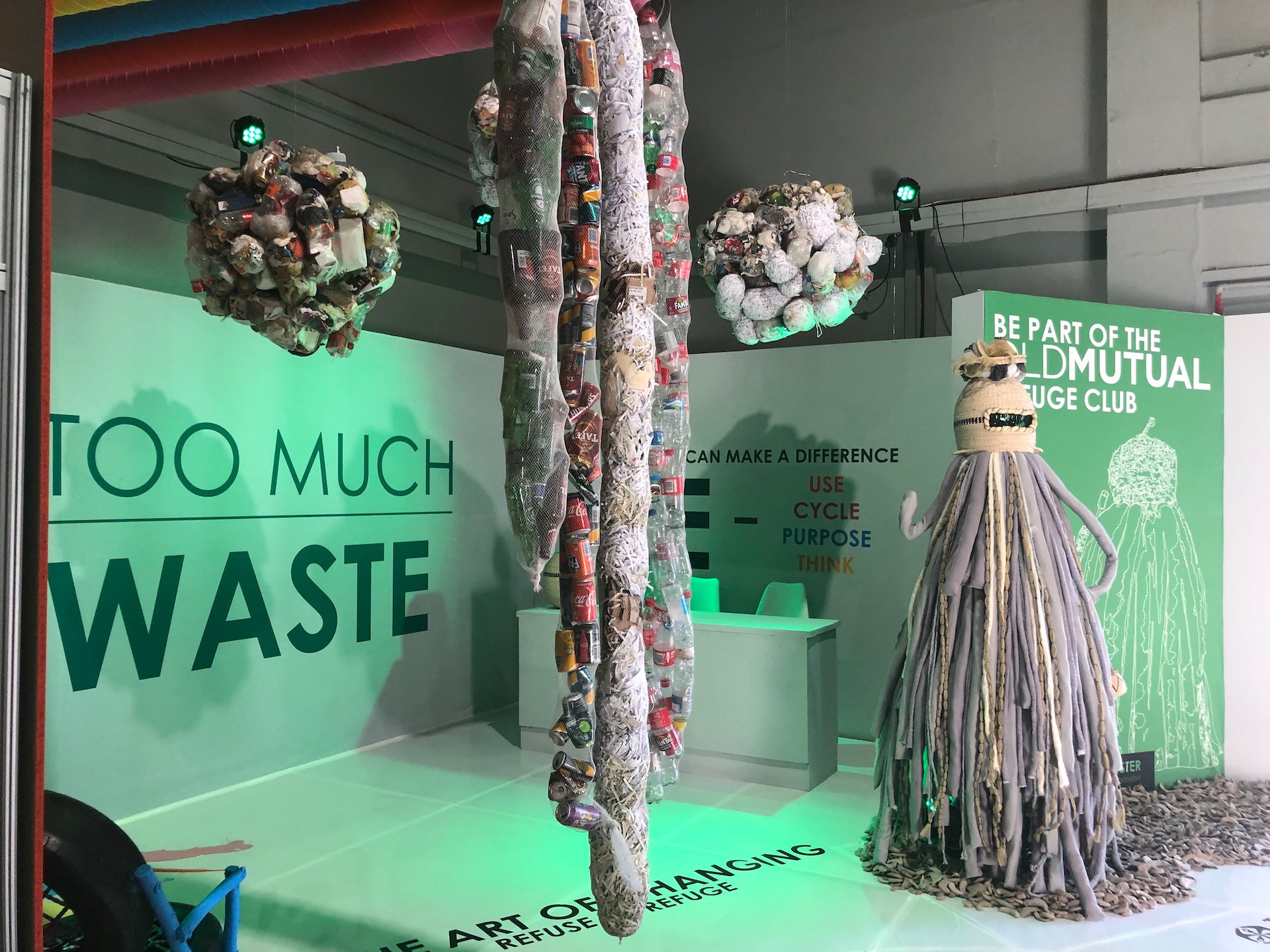 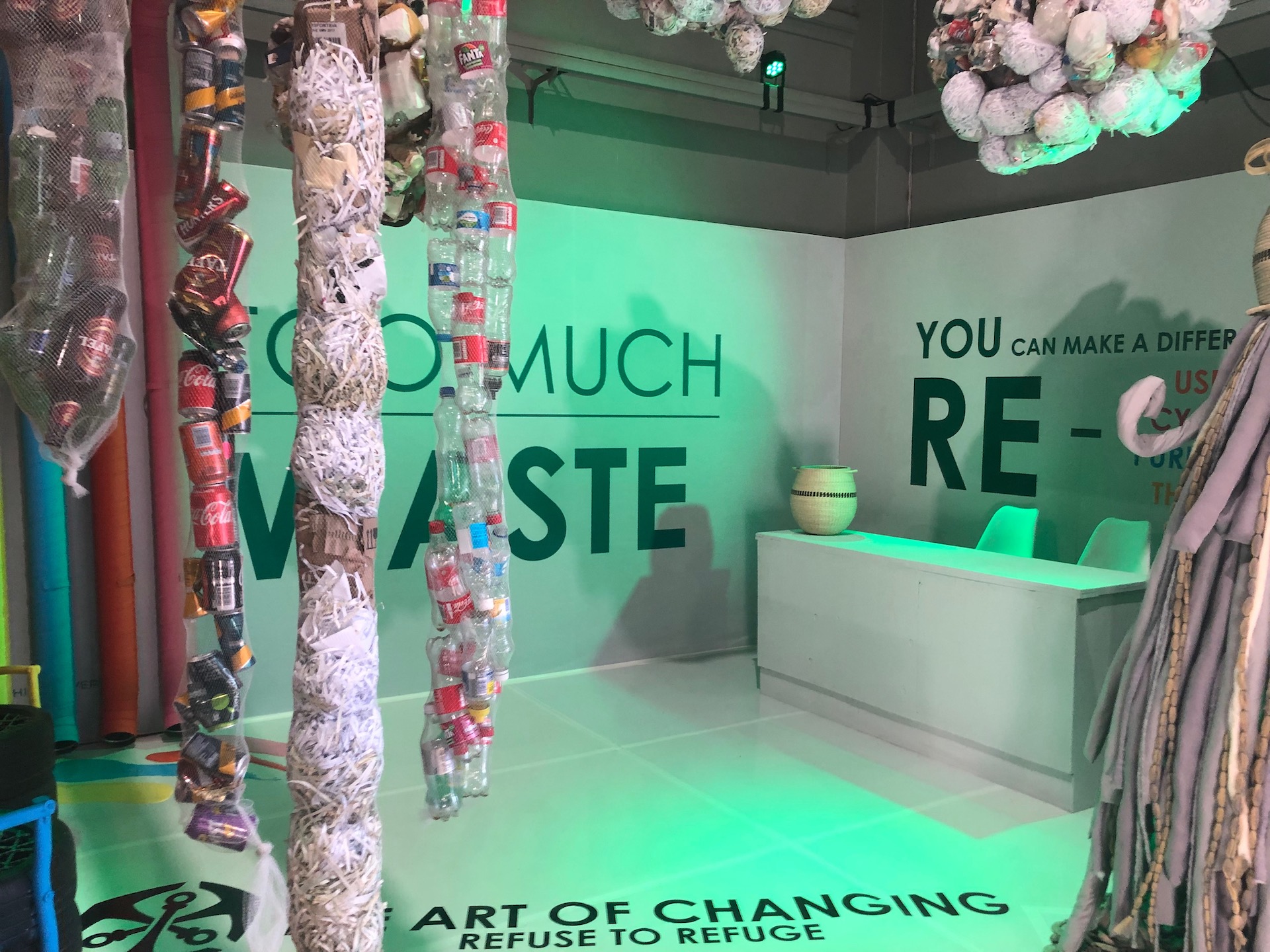 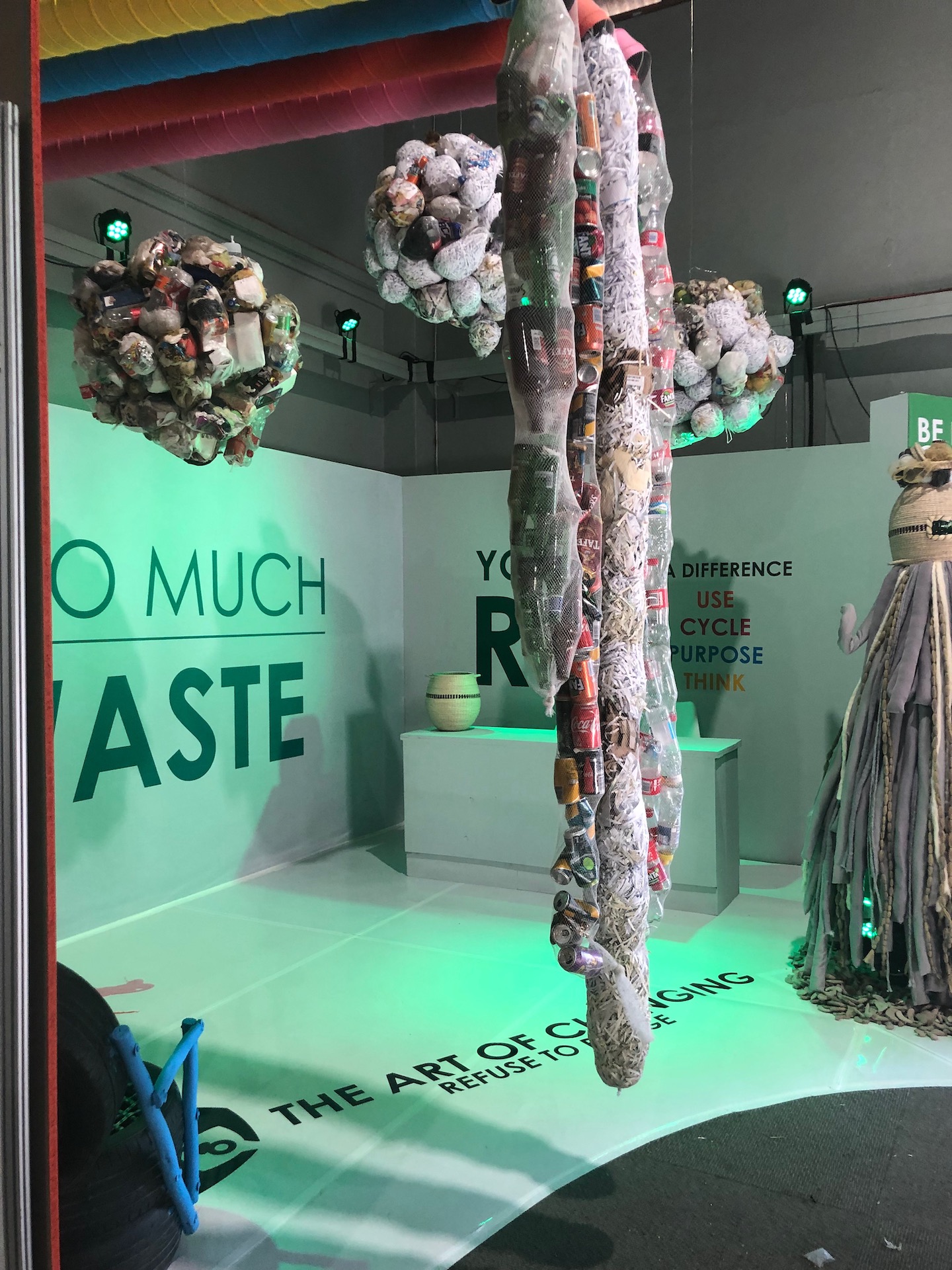 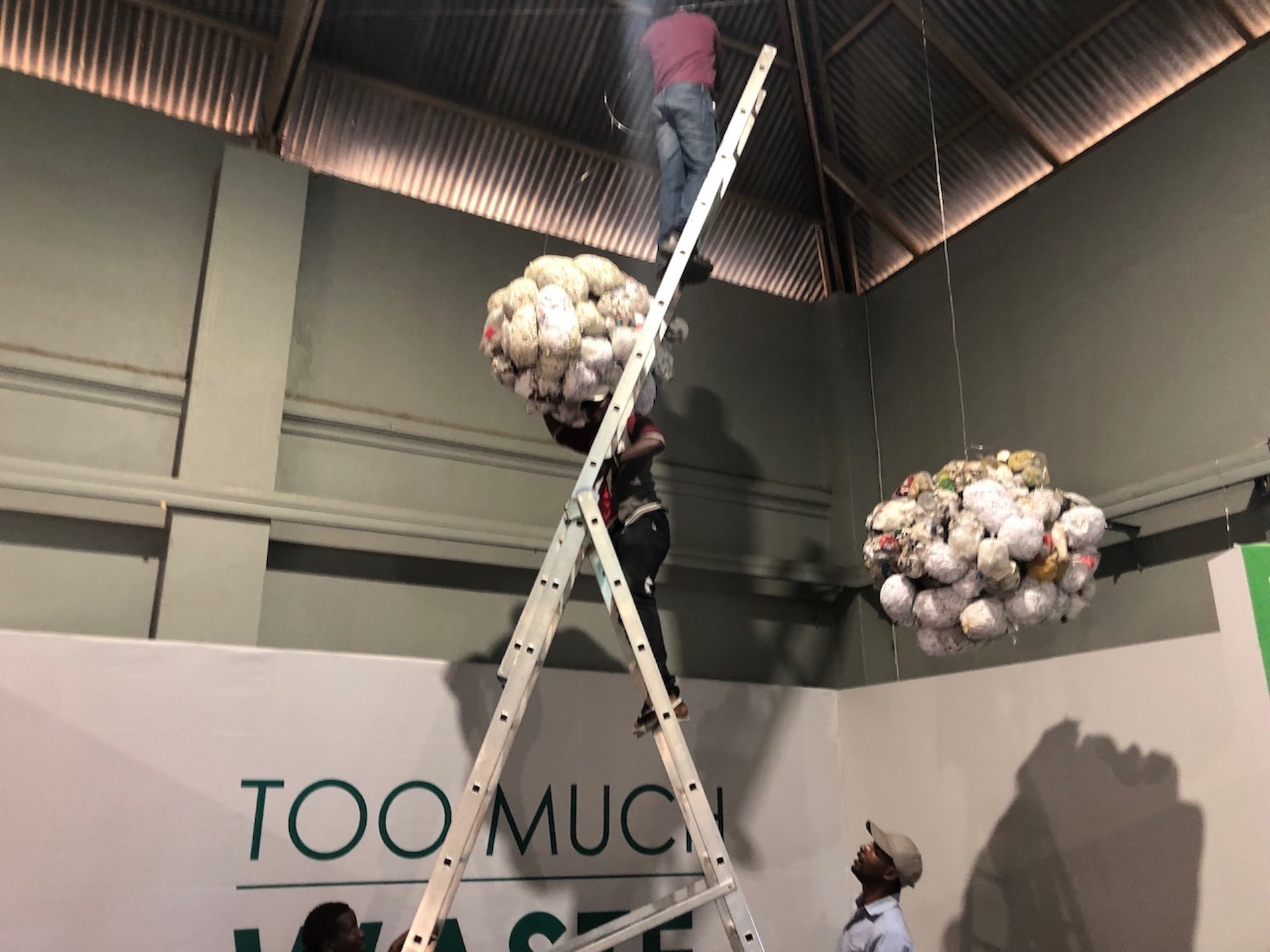 Thank you to our wonderful service providers once again, and making this such a successful event